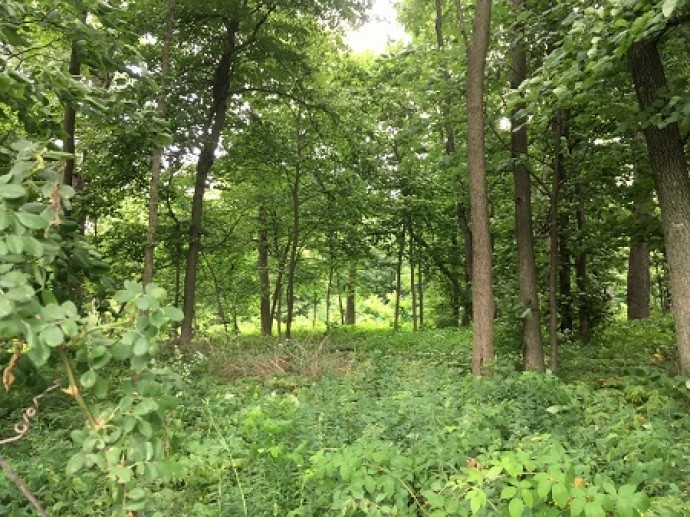 The Day I Found Out that Fear Was a Fraud

“What would you dream if you had all the resources you needed to accomplish anything you wanted to do and you knew you couldn’t fail?”

I’m sure you’ve heard that question before, but how about this one:  “Why aren’t you doing it?”

Whenever we find ourselves not moving forward toward the life of our dreams it is usually because fear is grabbing us by the ankles holding us back.  No matter what reason… or what excuse… we give ourselves for not doing something that we know we really want to do… at the root of it… is FEAR.

Why do we do that to ourselves?  But it gets worse.

We continue to work at jobs that we hate…. Or that don’t pay us nearly the money we are worth… but we stay on the job because we fear that if we leave, we won’t be able to find anything else.   We picture the absolutely worst thing that could possibly happen – happening.

This is called “awfulizing” – Did I just make up that word?   No, I actually found it in a dictionary.  It means that we create an entire worst case scenario about a situation in our lives.  For example, we think that if we quit the job we hate we might be out of work for a year, broke and living in the street.  We imagine ourselves reaching retirement age with no house, no income, no savings and no friends.

Or a woman may stay in an unhappy or even an abusive relationship.  Somehow she has been convinced that she isn’t loveable and if she left this person she would be alone for the rest of her life.  And again… she makes up an awful scenario.  She pictures herself and her kids homeless with nothing to eat and nowhere to go.  “At least this is security,” she tells herself.  So she stays in a situation that is sapping her self-esteem and maybe even, one day, her life.  She is STUCK by her own fear.

Would it surprise you to know that it’s been estimated that 90% of the things we fear … NEVER HAPPEN!  90%!!!  And the other 10% doesn’t turn out to be as half as bad as we expected.  We did all that worrying for nothing.

Fear is a Fraud!

Let me tell you the story about the day I found that out.

It was at a time when I walked almost every day and my favorite walk took me to a wooded area not far from my house.  On that particular day, the sun was bright when I had set out to the woods with a brand new trowel and a big black plastic bag to dig up some periwinkle that I had seen growing there to take back to my garden.  I remember that I was wearing a pair of new white slacks.  To dig in the dirt.  Now, WHO DOES THAT?

I entered the wooded area and climbed down an embankment to get to a low-lying, grassy area where the periwinkle was, kind of a meadow.  At the other side of this meadow there was a shallow stream with clear, cool, flowing, gurgling water.  It was too inviting to resist.  I took off my shoes, stepped into the water and started wading up the stream heading deeper and deeper into the woods.  I had gone farther than I had ever gone before when I finally decided that it was time to head home. I put on my shoes and began traipsing across the grassy area toward the embankment which was probably about 60 feet to the other side.  About half way across I looked down and realized that I couldn’t see my feet.  The ground cover I was standing in wasn’t periwinkle anymore.  It was tall, almost up to my knees, with big, thick leaves too dense to see through.

And then I had “THE THOUGHT”…. If I couldn’t see my feet… what ELSE was down there that I couldn’t see?  And suddenly I knew… I KNEW… a SNAKE!  I could sense it.  My husband told me I should be careful.  My neighbors warned me but I didn’t listen.  And there I was…. STUCK… smack dab in the middle of the field.  I couldn’t go back and I couldn’t go forward.  I was rigid with fear.  My heart was pounding, my body went hot and the cold, I was totally immobilized.  I absolutely couldn’t move.  For what seemed like forever but was probably just 5 minutes, time stood still.  I stood there frozen; knowing there had to be a snake — Maybe even a whole family of snakes – down by my feet.

No matter that I had been walking in this same wooded area for five years and I had never even seen a snake.  It wasn’t even snake season.  Didn’t matter.  I was paralyzed.

I could hear the cars rushing by on the nearby road.  All kinds of “awfulizing” thoughts ran through my mind like…  “Nobody knows that I was going to go into the woods today.  I’m going to die in here and nobody is ever going to find me.”  I felt a fear I had never felt before.

I decided I had to make a run for it but it took every bit of courage I could muster to finally make myself move.   I dropped my big black plastic bag full of periwinkle. I lost my brand new shiny trowel.  I climbed up the muddy embankment, sliding down a couple of times and ruining my crisp white pants. That is how scared I was.  But I got myself out of there.

And it wasn’t until I was safely back on the sidewalk again that I was able to consider it calmly and realize that I had created that terror in my own mind.  There wasn’t any snake.  But I had believed the snake was there and so as far as I was concerned — he WAS THERE.  All of my physical senses told me so. How could I have any doubt?

And now here I was, standing safe and sound on the sidewalk, wondering to myself “What’s real and what’s not?”

It’s like a scary movie.  I love movies but I never watch the creepy bloodcurdling ones.  And if I do happen to see a movie where the action gets a little too realistic I cover my face with my hands (though I sometimes end up peeking out through my fingers.)  If I’m at home watching it on TV I get up and leave the room until somebody tells me it’s safe to come back.

I know, I know… it’s “just a movie”… it’s not real.  My husband tells me that all the time.  It’s just a made-up Hollywood story and those are actors playing a part.  None of it is REAL, for heavens sake.  It’s simply something someone created using their imagination.  But that doesn’t stop my whole body from tensing up.  I even squeal at all the right places.  The director would be so happy.

But standing on the sidewalk on that sunny day long ago, I understood that in my own life, I’m the director.  I’m also the one who wrote the script.  And of course, I’m the leading lady playing the part.   Every minute of every day I am responsible for all the events in my life.  I can create a negative, frightening scenario or I can create a positive, fortunate, happy scenario.  And I can change the picture as easily as I can change the channel on my television set.  It’s all in my mind.  It’s as real as I allow it to be.

I can write a script full of fear-based emotions like prejudice, selfishness, jealousy, anger, hate, guilt and shame or I can speak lines of love and joy and promise and hope.  I can build my tomorrow by the thoughts I think today.

The world may be being held hostage by fear but I don’t have to be and neither do you.  We don’t have to allow fear to stop us from living our lives to the fullest and becoming all that we were created to be!

“Twenty years from now you will be more disappointed by the things that you didn’t do than by the ones you did do.”

The thought of getting to the end of my life and knowing that I never even came close to my highest potential, that there was so much more I could have accomplished if I hadn’t let fear stop me is much more terrifying to me than the fear of “What will people say?” “What if I look stupid?” or “What if I fail?”

So I ask you again “What would you dream if you had all the resources you needed to accomplish anything you wanted to do and you knew you couldn’t fail?”

Within your own Heart Center, you have all the resources you need to create the life you have only dreamed about, so as you ask yourself that question, step into the stillness of your heart and listen deeply.  Soon the answer will come and you will know what to do.    As you begin to move in the direction of your heart’s longing, your heart will shout “YES, YES, YES!” and the fear will gradually melt away in response.  And one day, you will stand in the sunshine looking around with wonder and realize that you are living the life of your dreams.