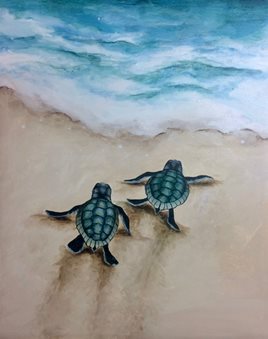 I call it “The Eternal Question” because everyone asks it in some way at some time.

“What is the purpose of my life?”

I have always believed that every life comes with a special meaning.  It never made sense to me that we were all just dropped down here on the planet willy-nilly, to wander around aimlessly without a clue about what to do until one day it would all be over that would be that.  The universe seems way too efficient and well ordered for that to be the case.  You may have a similar view.  You too may be asking “Why am I here?  What did I come here to do?”

My belief is that we each come into this life with our own special soul assignment – we call it our life purpose – and every single soul assignment is an important piece in the overall plan for humanity.  For most of us “purpose” simply means using our God-given gifts, whatever they may be, in positive, productive ways that give our life meaning, fulfillment and joy.  And if we’re successful at it — that’s a life well lived.

What I’ve come to realize though is that there are some among us who seem to have been born with an extra gene in their DNA.  It manifests as an inner sense that they were meant for more. It’s like a GPS leading them to their destiny.  And it’s a nag.  No matter what they accomplish or how successful they are, they always have a niggling feeling in the back of their mind that there is an elusive “something more” that they are meant to do. As Morpheus tells Neo in the movie, The Matrix, “You don’t know what it is, but its there, like a splinter in your mind, driving you mad.”

I believe these individuals have a magnificent leadership role to play in the Divine Plan for the future of our world in today’s critical times.  But OFTEN they don’t know what it is they were born to do and so they end up doing everything else.   These are the people I am most drawn to work with.  I usually find them as leaders in their fields, often very accomplished and successful but still feeling somehow incomplete.  There is a void that nothing seems to fill.
Recently, I was explaining to a friend exactly what inspires me so much about doing what I do and I found myself using the illustration of baby sea turtles being hatched.  (The entire time I’m talking I am thinking “Baby Sea Turtles?  Where the heck is this coming from?”)

You see, a Mama Sea Turtle lays as many as 100 eggs in the sand at a time.  When the baby turtles hatch, their GPS immediately heads them toward the ocean as fast as they can go but they’re vulnerable to seagulls and other predators that hover around ready to pick up a quick meal. Less than half of the hatchlings may make it to the ocean and it’s estimated that only 1 in 1,000 will survive to adulthood!  No wonder so many eggs are required to maintain a stable population of these turtles.

I saw myself standing on the beach chasing away all the sea gulls so that the baby turtles could make it to the ocean. My role as I was seeing it was to protect the little guys from all of the predators which represent the fears and distractions that keep us from doing the work we were born to do.

In our human drive to DO and BE and HAVE it all, the thought of our mission can quietly slip away. We forget what we came here to accomplish.  We push the mute button on our GPS and let our EGO direct us instead. We become too busy or too tired or too comfortable to race for the ocean.  Large numbers get swallowed up by the gulls.

I spent most of the almost 2 hour drive home pondering the purpose of my own life.  Was this truly the role I had been born to play?

It was early evening before I finally opened up my computer and did a quick check of my face book page. Right there at the top of the news feed — just posted – was a homemade video of baby Sea Turtles emerging from the sand and one after another …. after another …. after another …. racing headlong to the ocean.  What could possible be the odds of that? The video showed 2 pairs of bare feet and one set of bare feet said to the other set “You know, if we weren’t standing here, those sea gulls would be eating them.”   I got chill bumps from my head to my toes.…

If this story resonates with you, don’t miss my “Re-Launch Your Life” immersion event on August 20th.